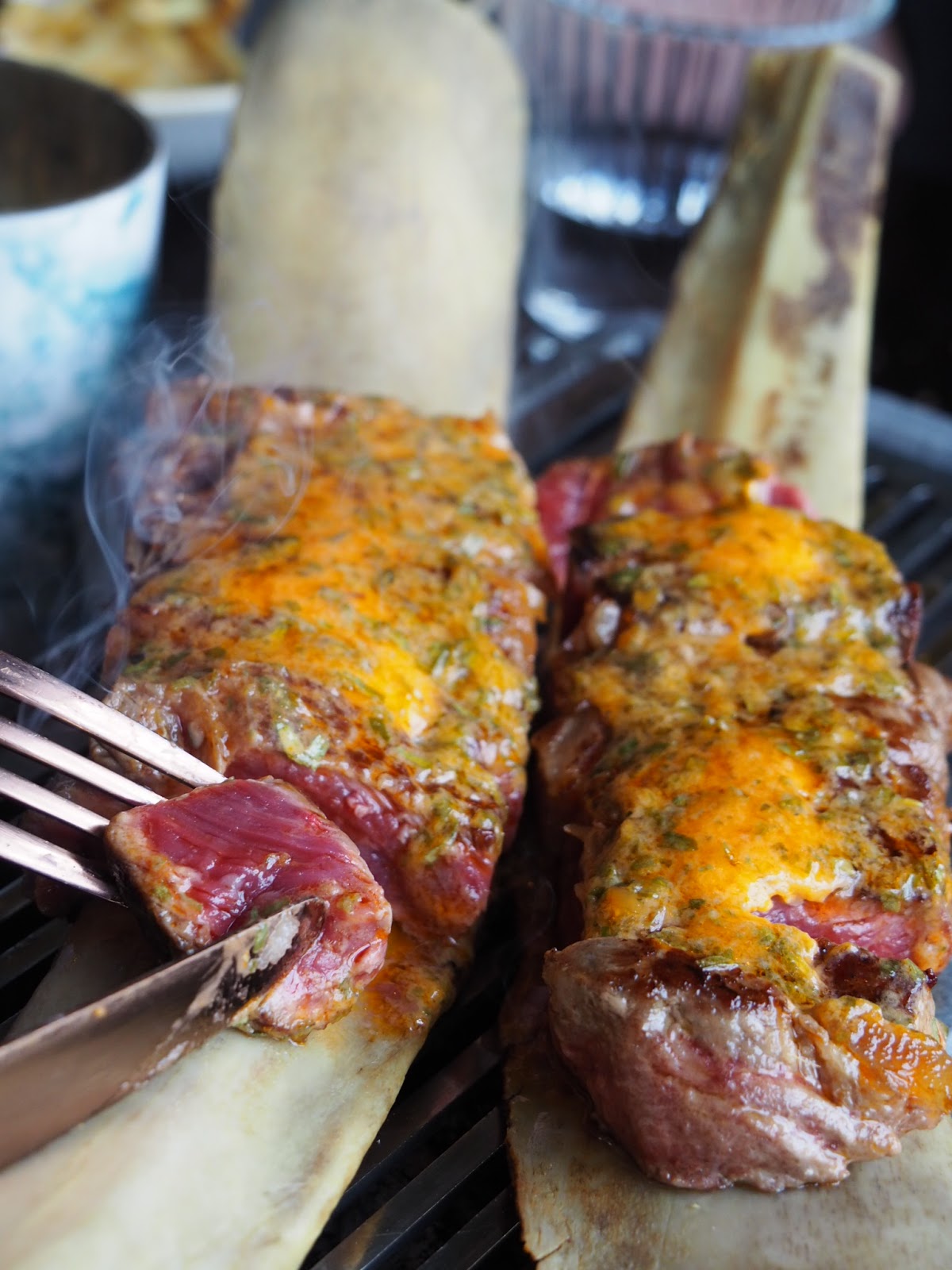 Are you also tired of cities sometimes? Craving some fresh air, leaving the congested and loud streets that run through your neighborhood? See some nature and go for a walk that’s more than a tour through your local park?

Well, then the Ardennes in the South of Belgium are perfect for you. There are a few cities such as Durbuy, La Roche or Dinant that are claimed to be very beautiful. I agree with the two latter ones, Durbuy however, definitely has the potential to be a cute little city (apparently the smallest city in Europe) and has some very beautiful buildings and interesting architecture, but it’s lacking some charm, mainly because of a bunch of very not charming, touristy restaurants that are located around the main square.

Besides one. Le Sanglier des Ardennes is a hotel and home to two restaurants, led by Wout Bru, a chef famous throughout Belgium, known for his innovative cuisine. The one restaurant is called La Bru’sserie and the other one is Sanglier des Ardennes, the first one being more tapas style, the second one more the tasting menu type.

When we went there, both were closed due to renovation, but luckily a Pop up, taking the best from the two has been set up just until the maintenance work is done. We were certainly not disappointed. A lunch menu of four courses cost each of us 45€ and it was definitely worth it. Generous portions and tastes and textures mixed that made it an interesting lunch full of new discoveries. You can also order a la carte and the menu is grouped in tapas from Spain, Asia, France, South America and Belgium.

We started with a lovely Hamashi ceviche that was served with Passion Fruit, Mandarine and a cream from Estragon. Fresh, very nice texture and a mix of sweet-sour-ish tastes together with the soft and buttery taste of the raw fish.

The second dish, a salad from spinach, surprised me as well; a Nobashi shrimp that was incredibly tender and soft was mixed with little Foie Gras pieces and smoked Eel in a salty salad dressing. The third dish following, was a perfectly creamy potato puree with a slow cooked egg, Iberian ham and of course, truffle. A mix between creamy, a bit crunchy, umami and salty made this a very special – and filling – dish. I loved how it all came perfectly together and how the textures were different and matched so well. Finally, a medium-rare piece of American Prime Beef, served with thin potato fries, a mustard foamy-sauce and a grilled shallot. I liked this one a lot, the meat was perfectly cooked, glazed with a spiced sauce, but lacking a bit in taste, so maybe a happy cow from France of Spain would’ve done an equal or even better job. Dessert is not included in the menu, but we ordered a coffee and got some fresh (they were still warm) oven-baked Canelés Bordelaises with it; those little French pastries that are crunchy on the outside, gooey and soft on the inside and highly addictive.

Overall the interior is very nice, characterised by forest colours, dark brown wood, fir green walls, dimmed light, nice details. It is a very cabin like, homey atmosphere but retaining that certain “chic”. The waitresses and waiters are very nice, but could be slightly more attentive.

Only one thing that I would criticise is the bread. I know, I know, that’s complaining on a high level, but usually if I get good bread with my starters, possible homemade, I know it’s going to be a great experience. Here the bread seemed like a more than simple frozen bun, put in the oven and served with those little butter packages that you get in hotels for breakfast. Nothing major, but a small thing I observed. 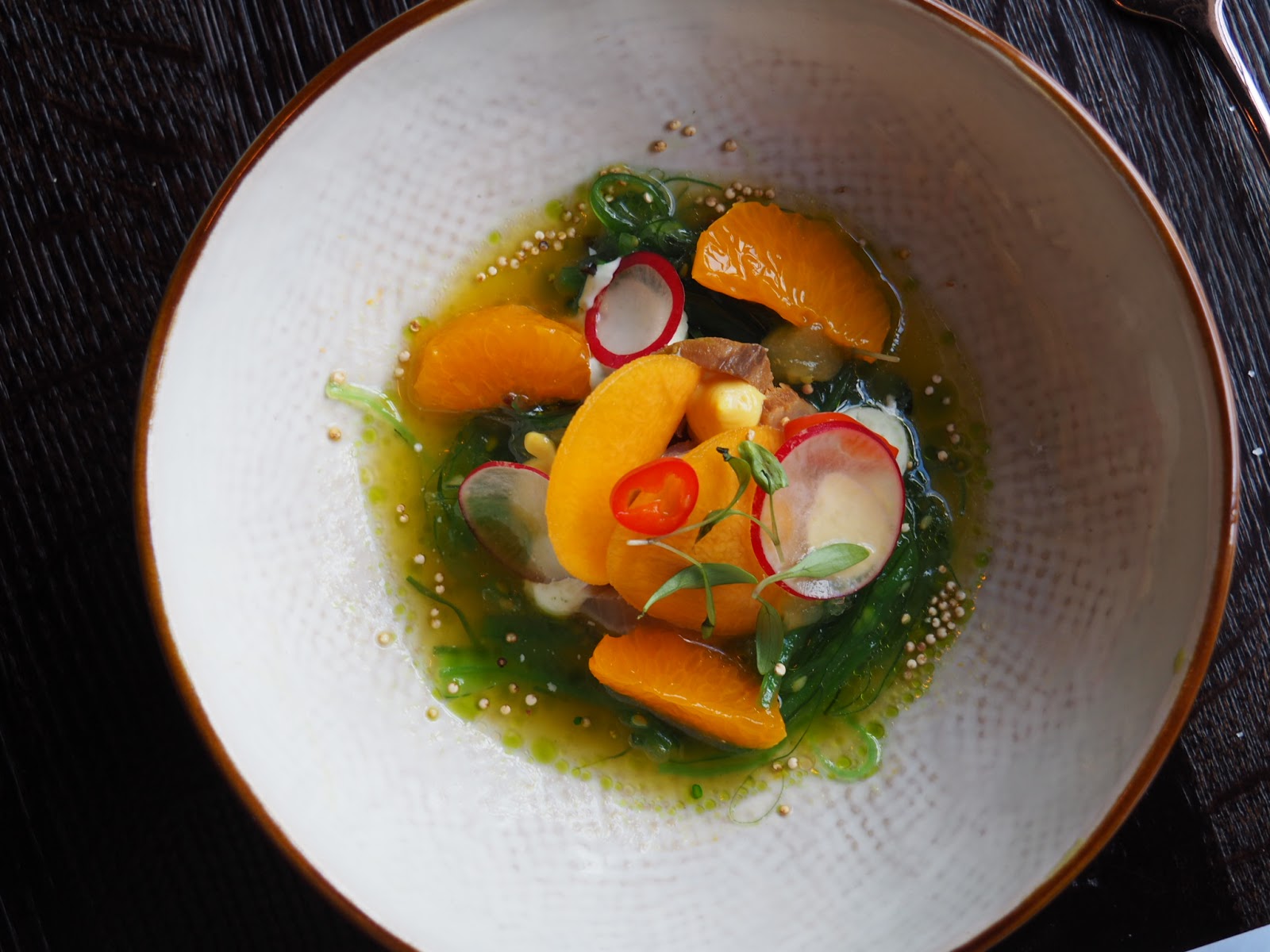 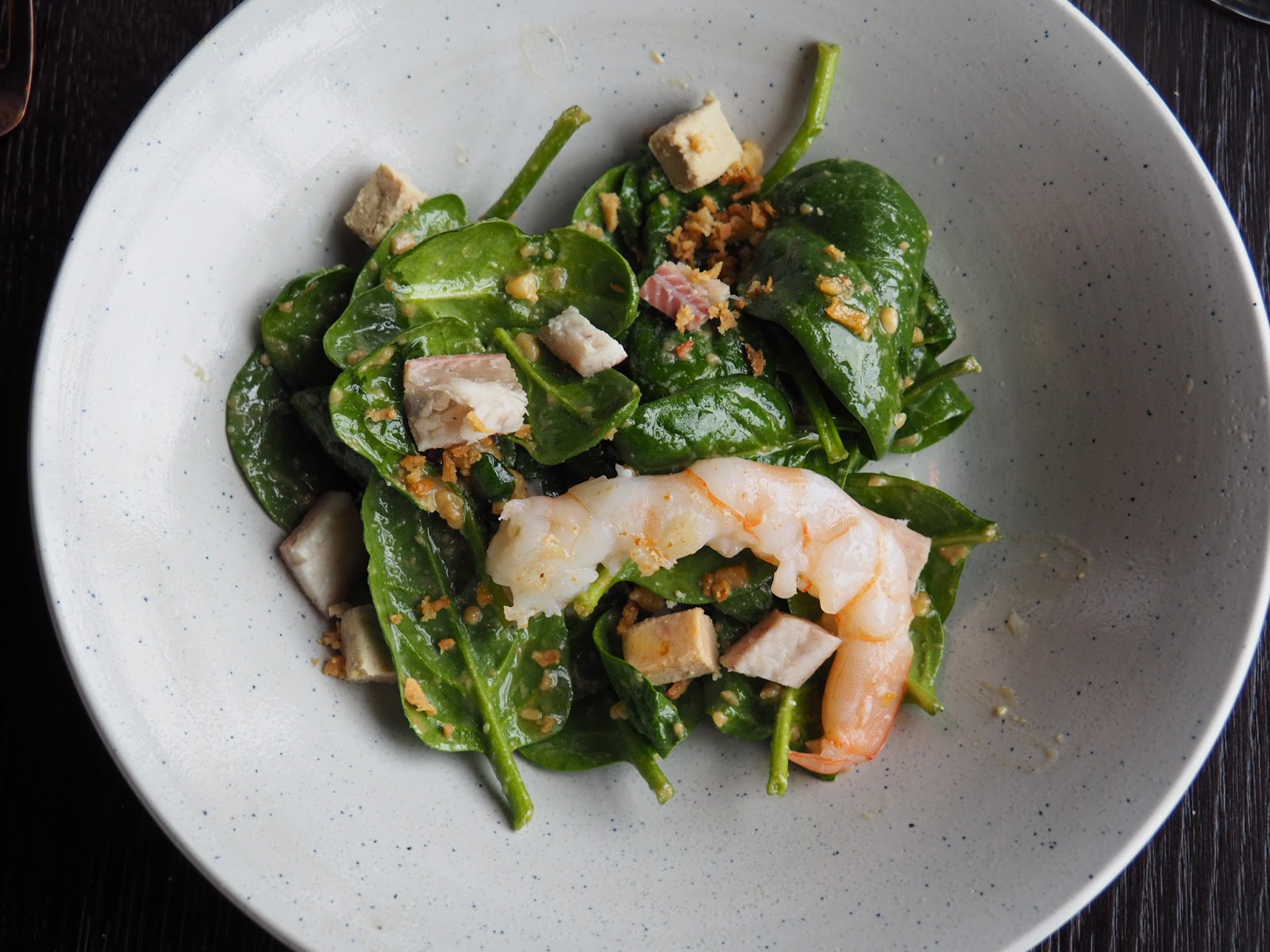 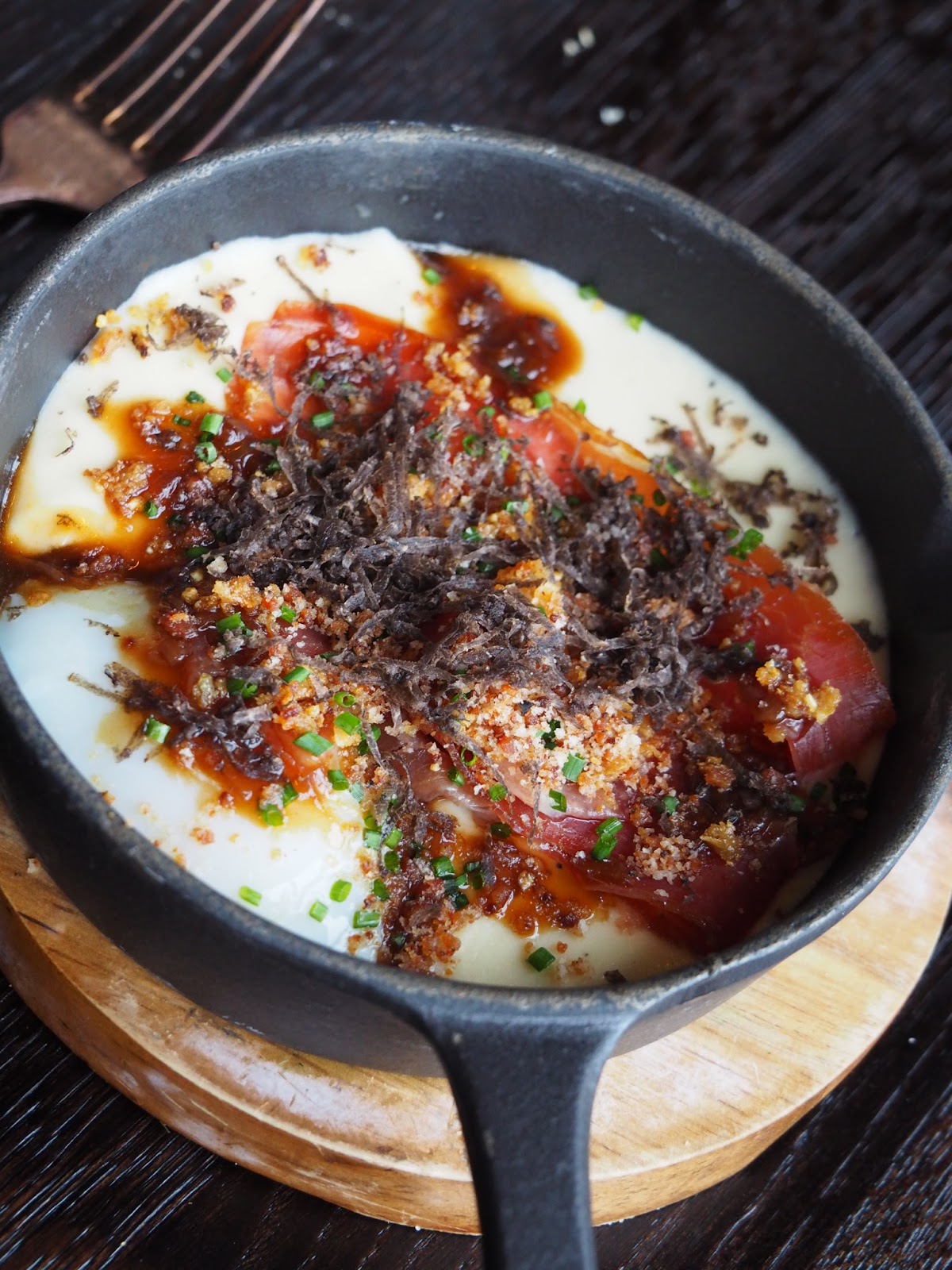 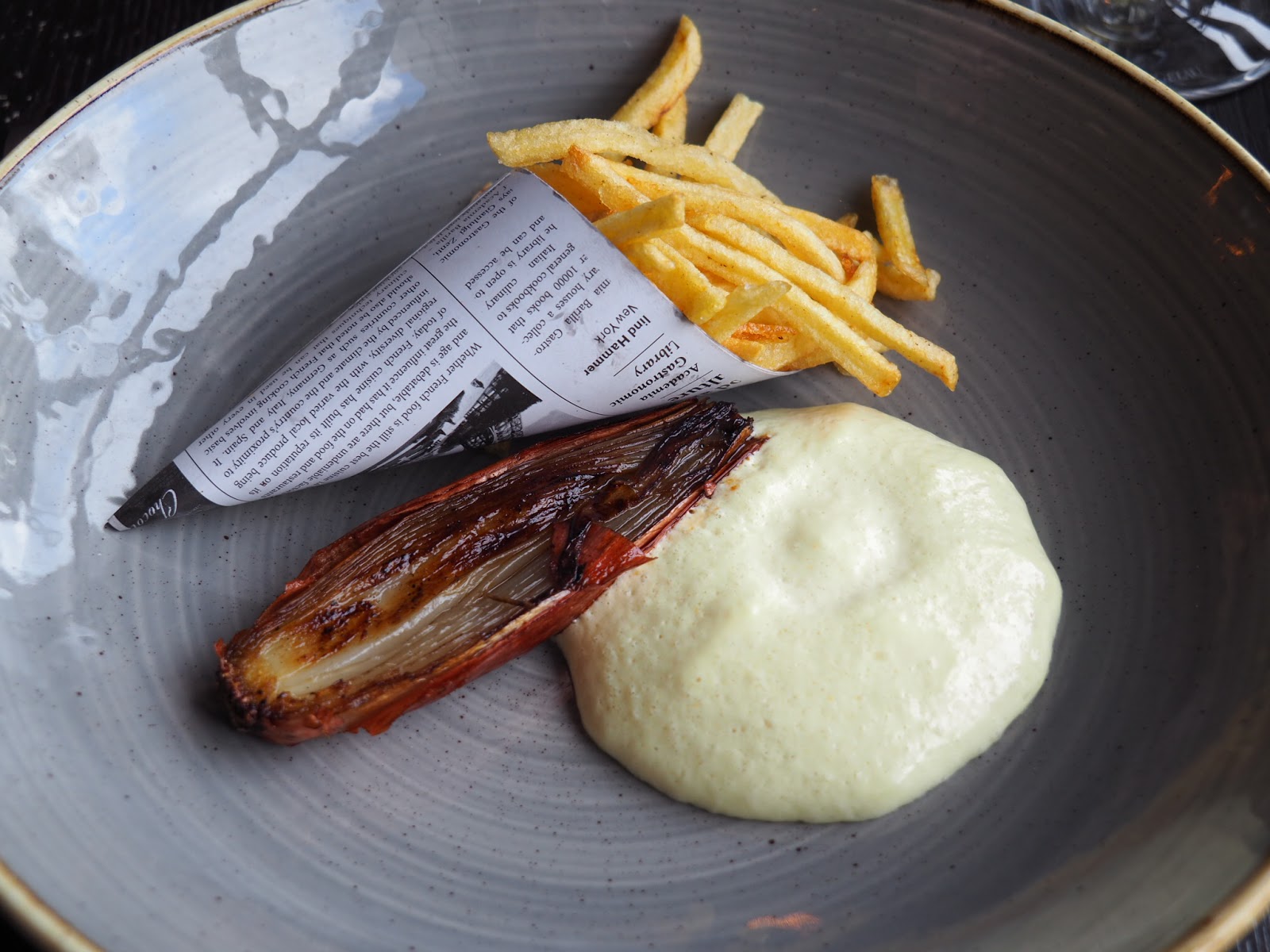