Restaurant Alexandre – A Touch of New Nordic Cuisine in Brussels 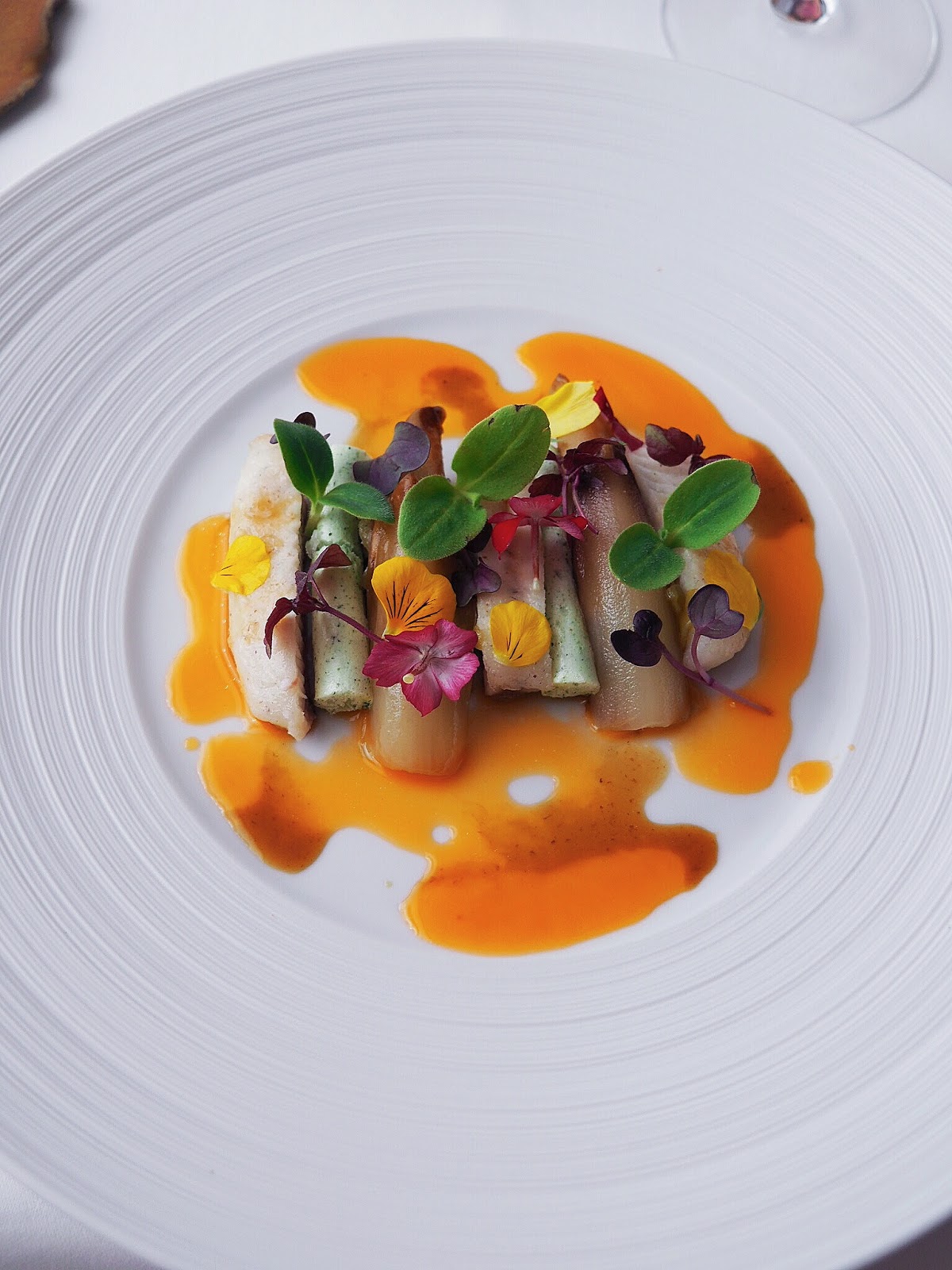 Restaurant Alexandre – A touch of New Nordic Cuisine in Brussels

Ok, so where do I start. I have
so many impressions and feelings towards Restaurant Alexandre, which is located
just on Rue du Midi that I have to be careful not to drool on my keyboard when
thinking back to this outstanding lunch.

Yes, outstanding. I don’t use this
word too much when it comes to fine dining restaurants in Brussels, because
I’ve been usually happy, sometimes disappointed, but rarely swept off my feet.
This place however, deserves it: it’s outstanding.

But let’s start from the
beginning. Alexandre was called after Alexandre, a young Belgian star chef, after
whom the restaurant was named and who was Head Chef there. He however, now
decided to open a place himself (La Villa in the Sky – http://www.lavillainthesky.be/en/chef-alexandre-dionisio/),
so Anca, the dynamic owner of the restaurant hired Robin Leypoldt (The Robin)
as Head Chef. Robin is a very friendly and interesting character, to say the
least, who, when he was 25 drove through China on his longboard, cooks since
he’s a teenager and came to Brussels for his now fiancée, where he began to
work with Yannick Van Aeken at Humphrey Brussels when it was still a good address. Before that he worked at star restaurants in his home country Norway and in Amsterdam. Robin worked at De Librije with chef Jonnie Boer, a 3 star restaurant, which when he was there was number 34 in the world’s best restaurants list. He also worked at the 2 star restaurant &samhoud places (now &moshik) in Amsterdam with chef Dennis Huwae. There
is many more interesting and inspiring stories about him, some of which he
tells you with his dishes. Of course he’s not alone, he has a talented team
behind him, who give him great support in creating all these nice dinners and
lunches.
When he started as Head Chef at
‘Alexandre’ and the fact that the owner is a women, The Robin decided that he
wants to give the dishes a female, soft and elegant twist, while following a
sustainable attitude, wasting as little food as possible and making use of each
ingredient as much as he can. He’s a perfectionist and that becomes very visible
when you eat his dishes; every bit is at its place, the colours match, the
textures fit, well, it’s perfect. He also always tries to use what’s in the dish,
on the dish too, such as shiso, violets or wild leaves.
But let’s talk food now. First of
all, it’s beautiful, almost too sad to eat the dishes, or rather artworks I’d
say, but if you don’t, you’d miss an explosion of tastes, conventional and
exotic ingredients, paired in an interesting and innovative way.
Our first few bites, sweetbread
in jelly, and mackerel were accompanied by a glass of Bernard Robert Champagne,
a cuvee from Pinot Noir, Pinot Meunier and Chardonnay. It all was a true joy
for the eye and a challenge and pleasure to our taste buds in one.
We then moved on to something
beautifully symmetric: rosemary and rose pepper baked eel from The North of
Holland, endive compote, geranium endive confit, seaweed macaron, Cantaloupe
melon sauce and reduction of chicken broth topped with Sakura leaves and
geranium flowers.
Next on our plates was smoked
halibut from Norway, green peas and beans, herring caviar, fennel juice and
Laos oil among others. The smoked fish along with little green Gnocchi and this
perfect sauce was a pure dream.
My two favourite dishes were the
following though: first, deconstructed Lobster roll, inspired by Robin’s fiancée’s
stay in Boston. The Lobster was sautéed in garlic, served in a toast sauce
(yes, made from toast), along with baked apple and tamarillo, lemon and
mustard. There was some green tomatoes too, chervil and a liquid from young
pines. This dish was so surprising and interesting while being very tasteful
and an absolute colour bomb, intensified by the blue plate it was served on. My
other favourite was Robin’s homage dish to his mom. Dry aged milk cow with
courgette puree with roasted shallot, pickled courgette, crispy courgette
flowers with orange, jus de vache and the other ingredients you can discover
yourself when you go there. Milk cow tastes more intense in my opinion. It
tastes like country side, like cow, and along with the delicate taste of the
courgette, intensified by pickling it or mixing it with roasted shallots, this
dish is just the perfect main course, releasing endorphins to the fullest. Now
the finale, dessert, which can very often be a disappointment after so many
incredible dishes – not here, though. First of all, this colour assemblage met
all my childhood dreams: pastel colours, violet, pink, red, flowers – the whole
package. Robin calls it some kind of Clafoutis, made from a f#@%ed up sponge
cake, verbena, a cylinder made from dried rose and berries, filled with lemon
shibust, a special kind of cream. There was also red currant, shiso vinaigrette
and frozen yoghurt with violet. DUDE, so good.
Their wine and champagne
selection is a blast, too, perfectly paired with the food. The interior is
nothing extraordinary I’d say but being here gives you a relaxed feeling.
Sitting in comfy armchairs, looking at the art pieces in the room, while
enjoying some extraordinary dishes: it’s the perfect place for a date, an
evening with parents or a night out with friends who love good food.
Address: Rue du Midi 164, 1000
Bruxelles
Prices: Quick lunch 28€, Lunch
40€, Grand Lunch 60€, Petit menu 70€, Grand menu 120€ 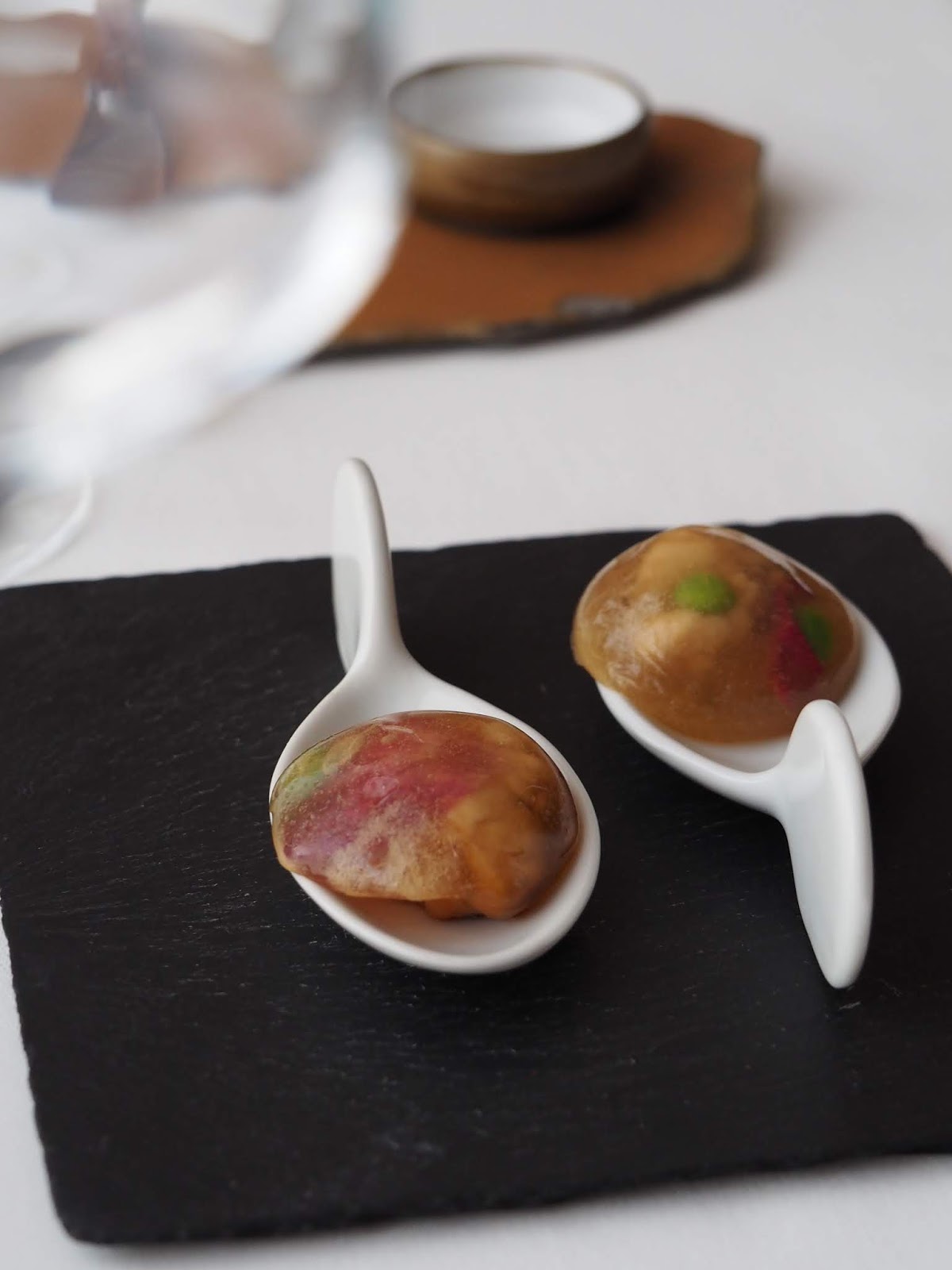 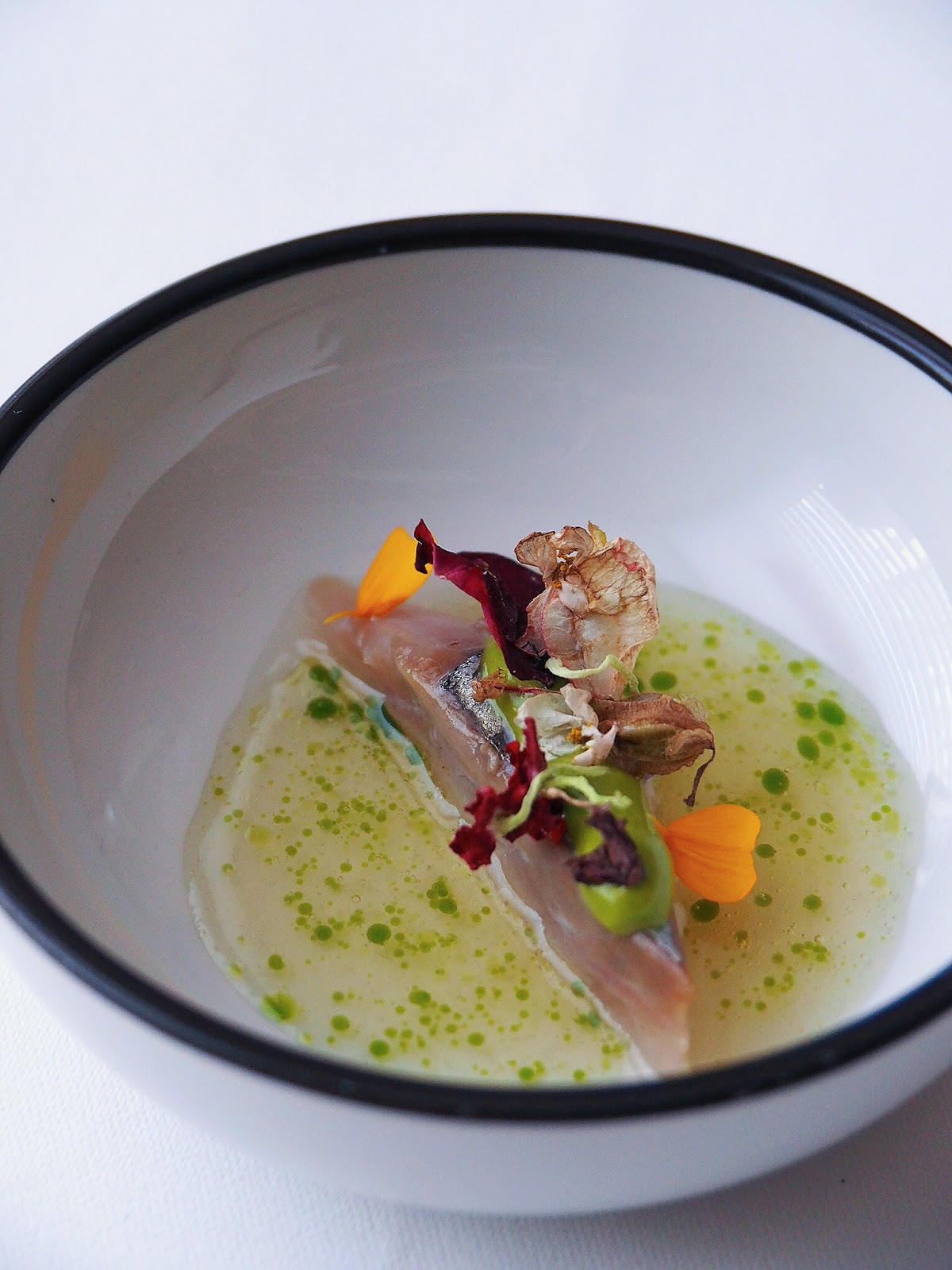 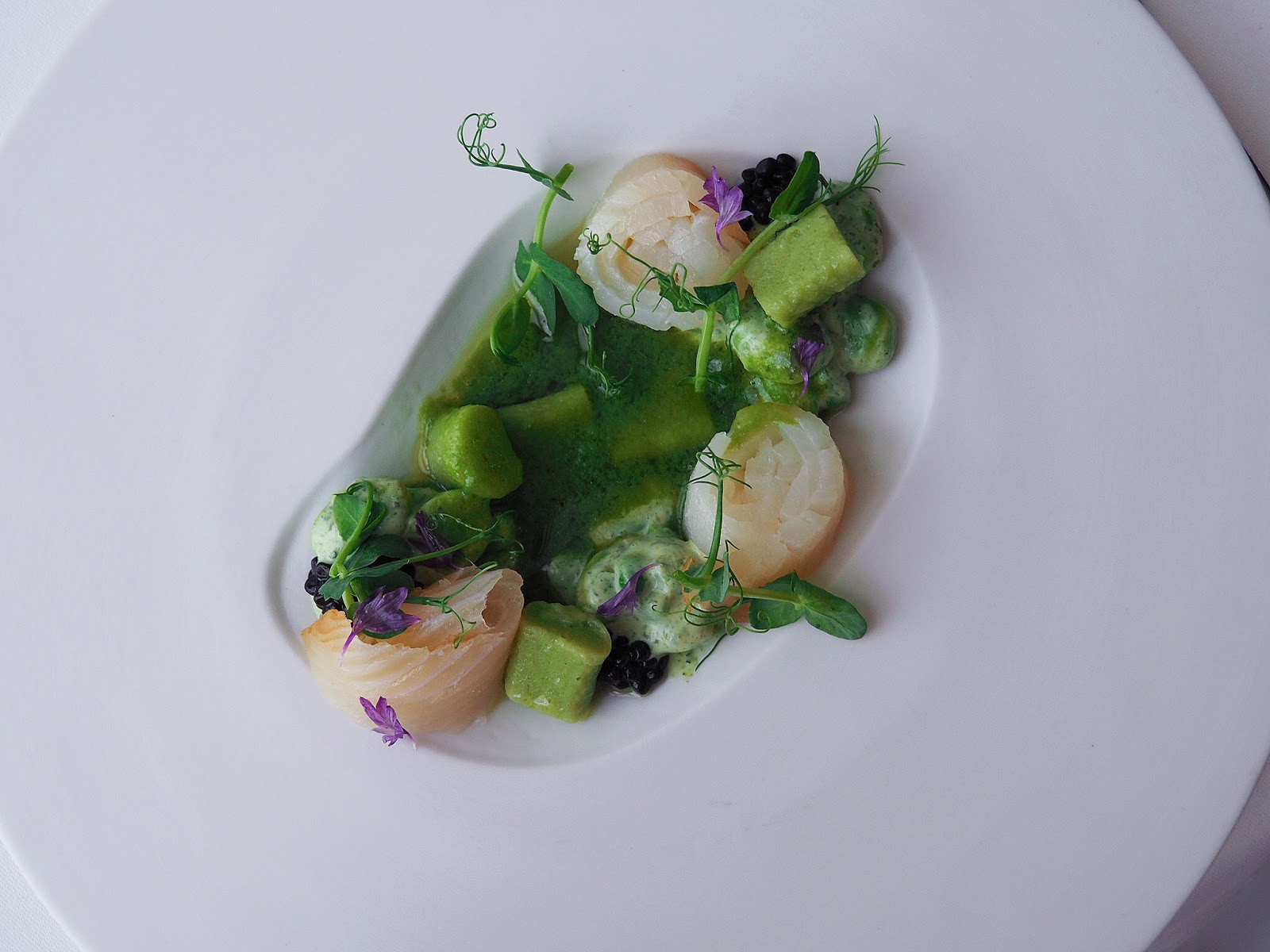 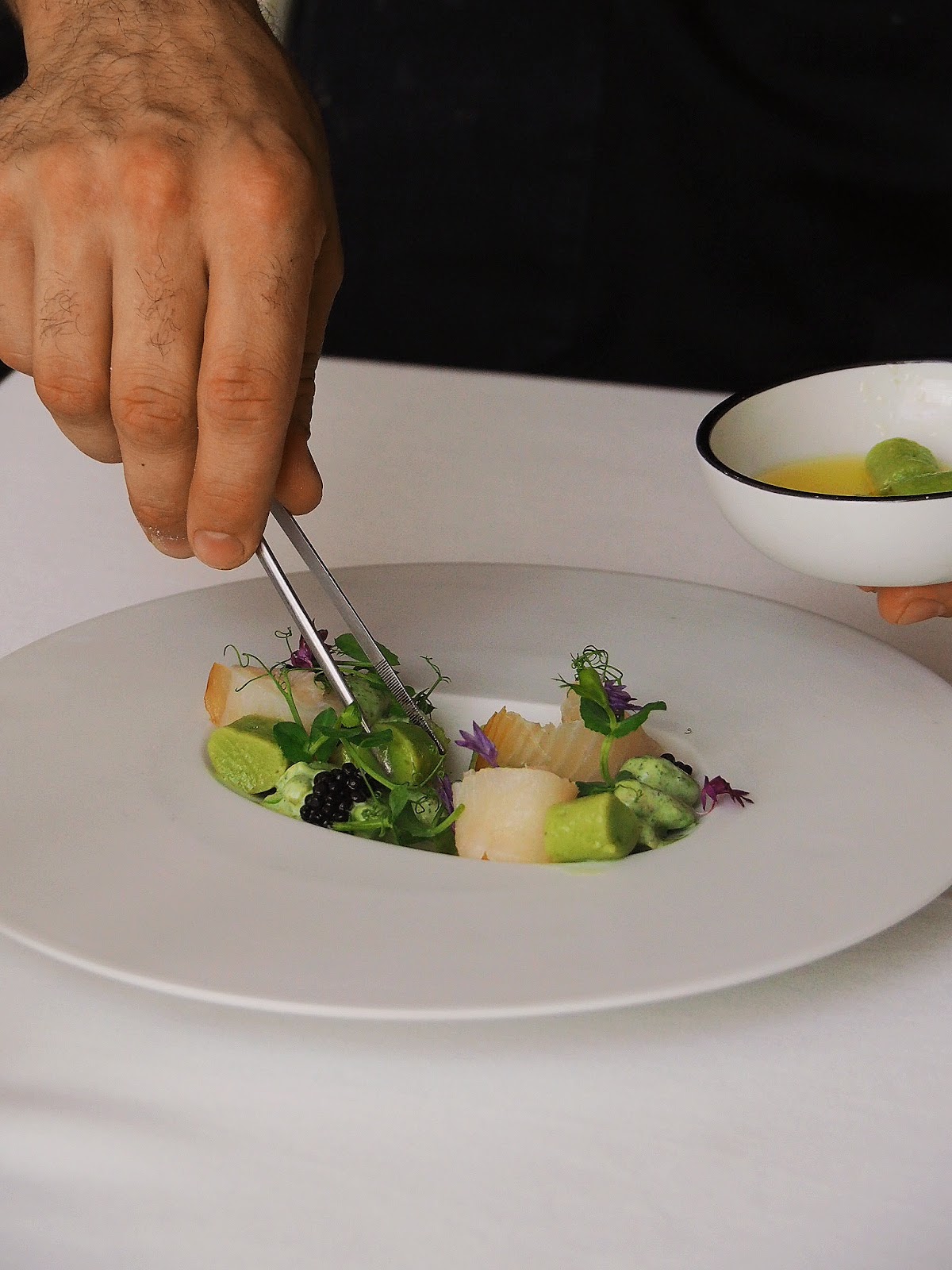 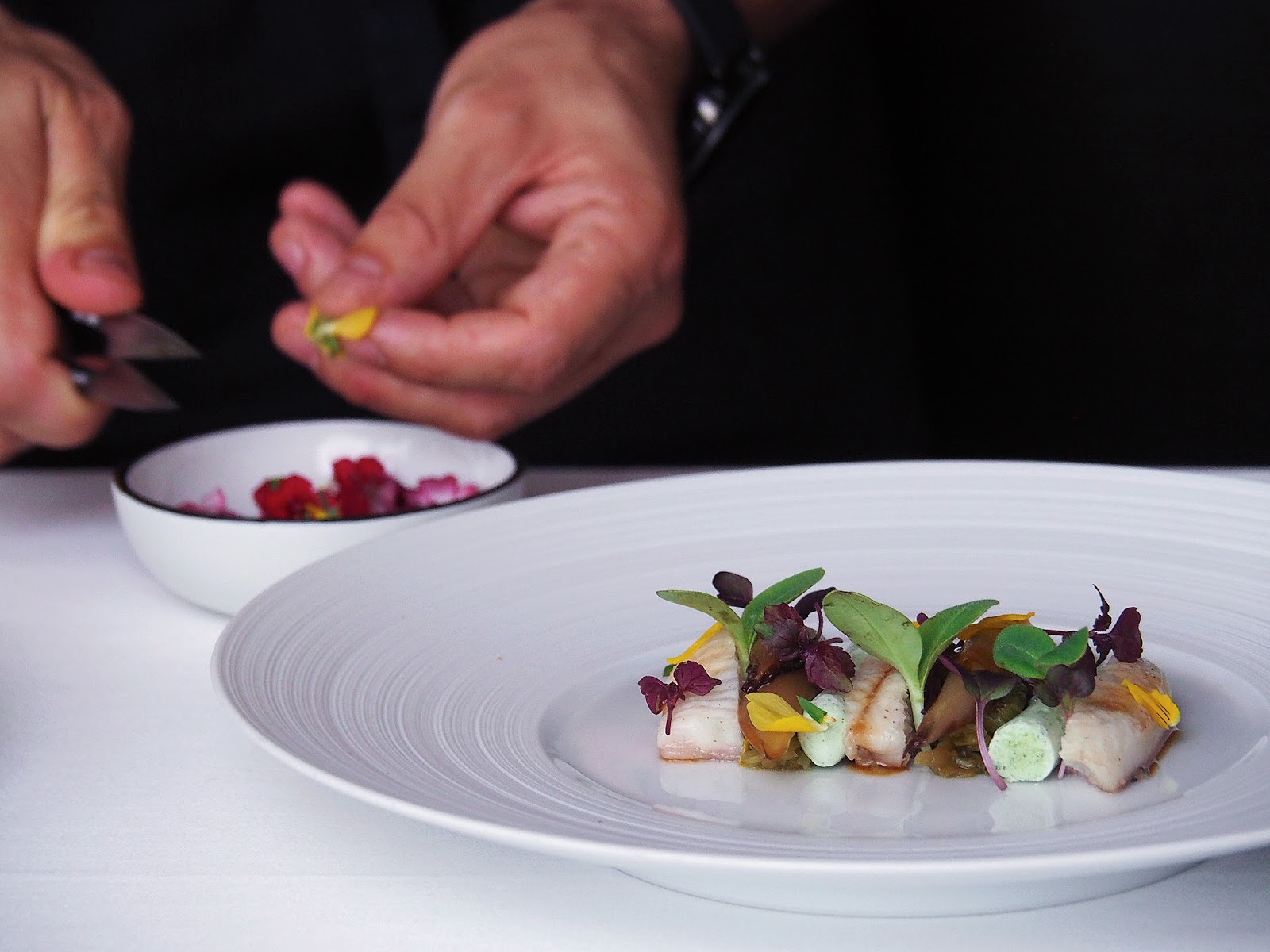 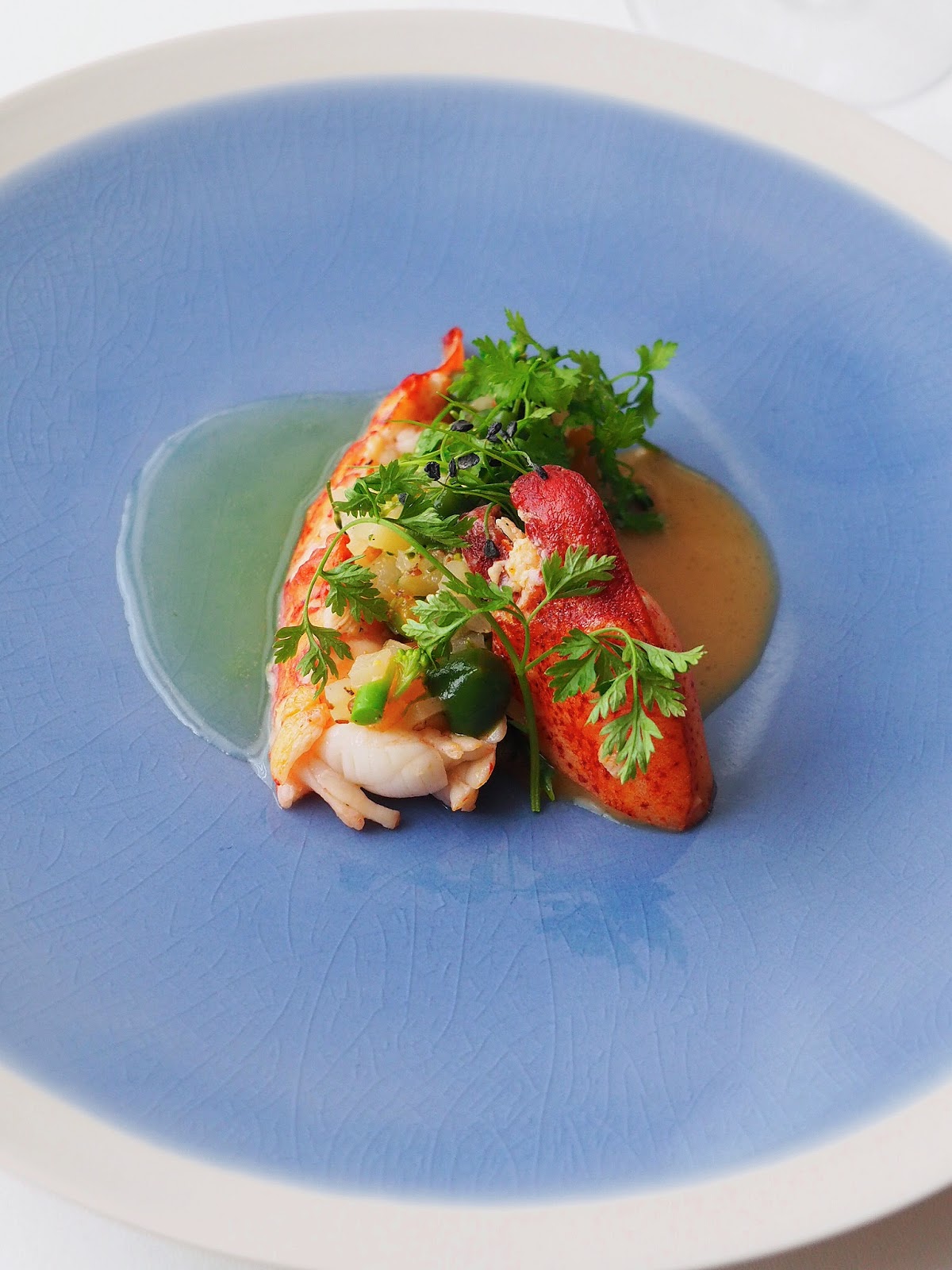 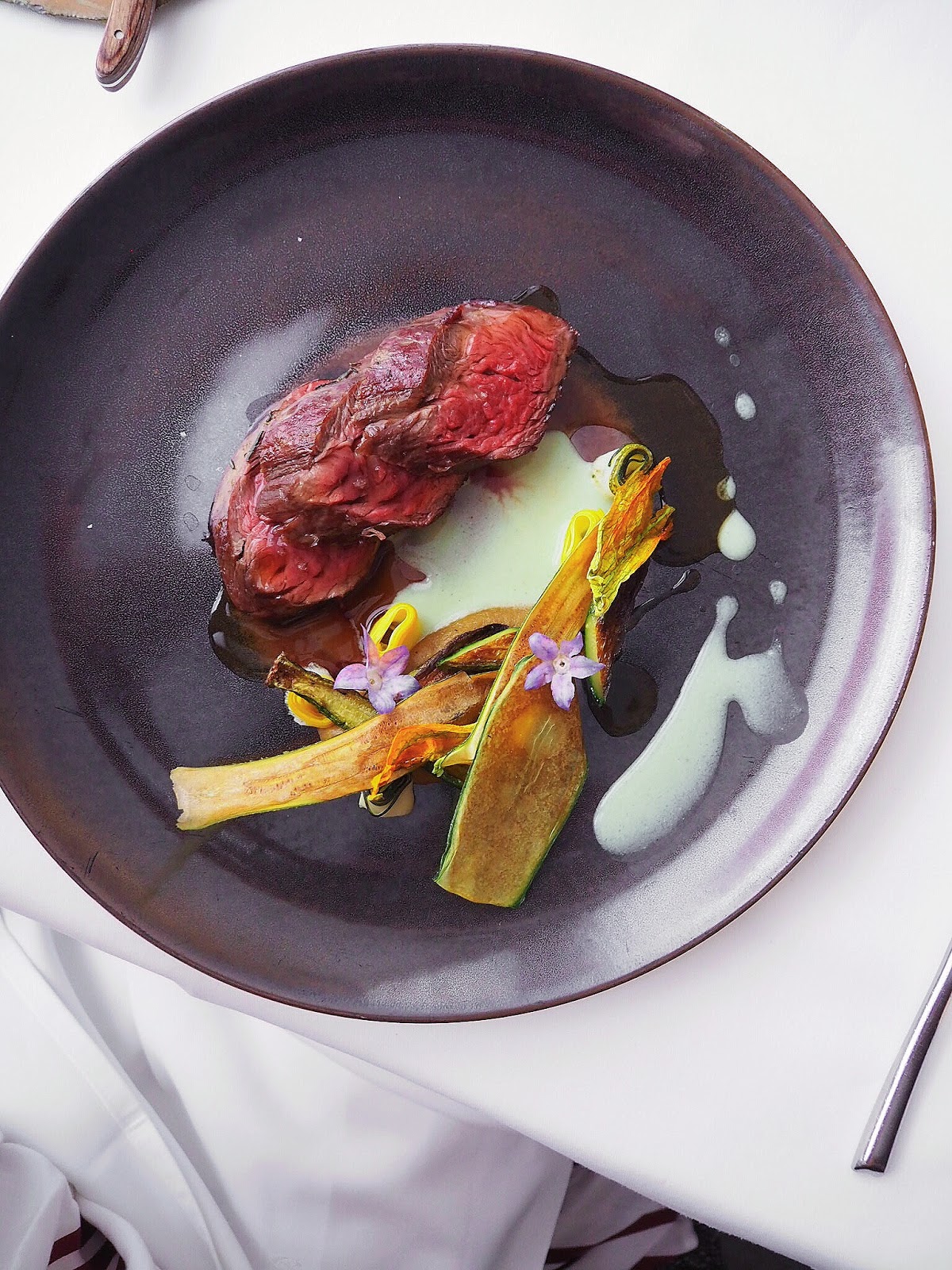 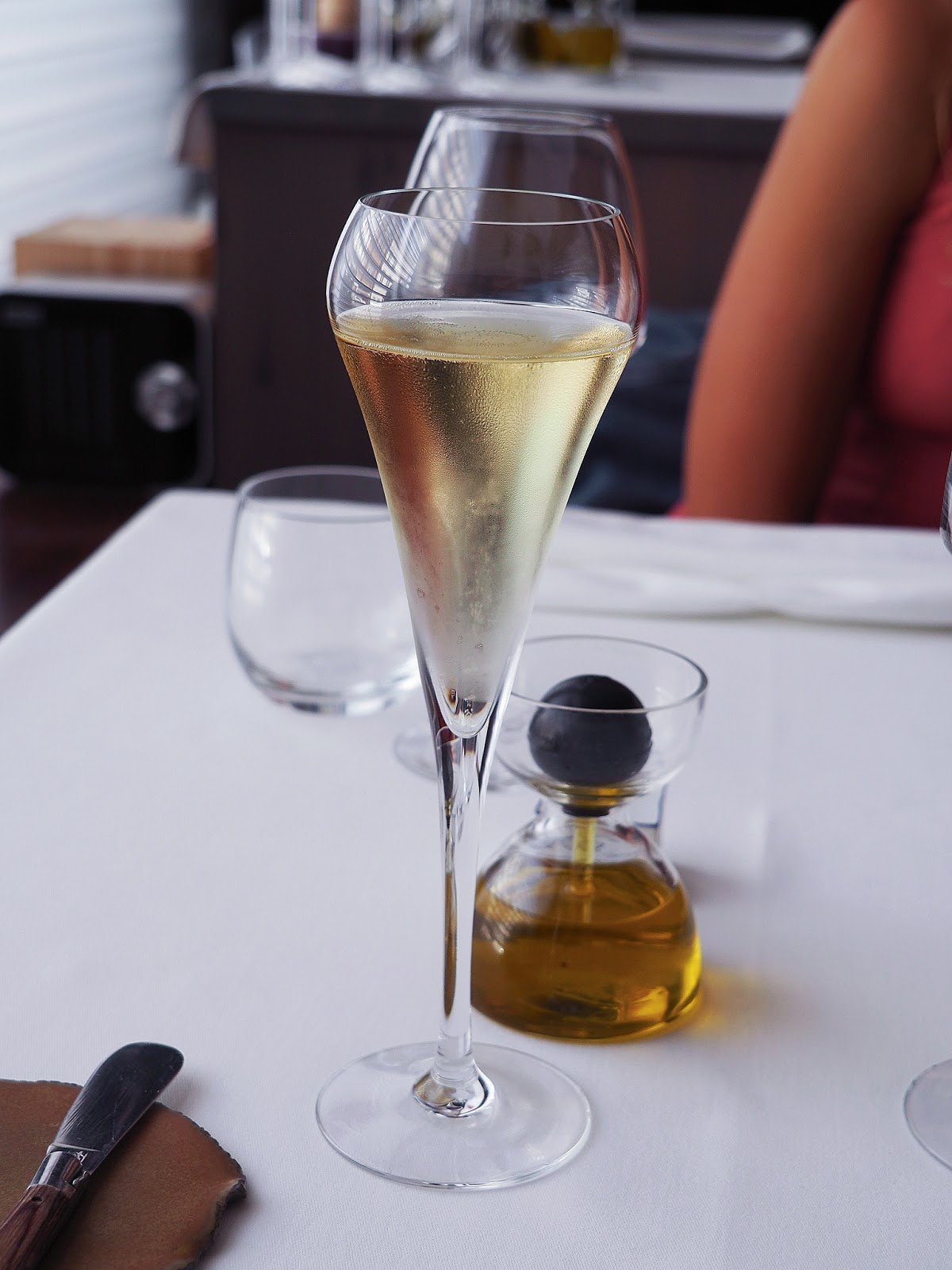 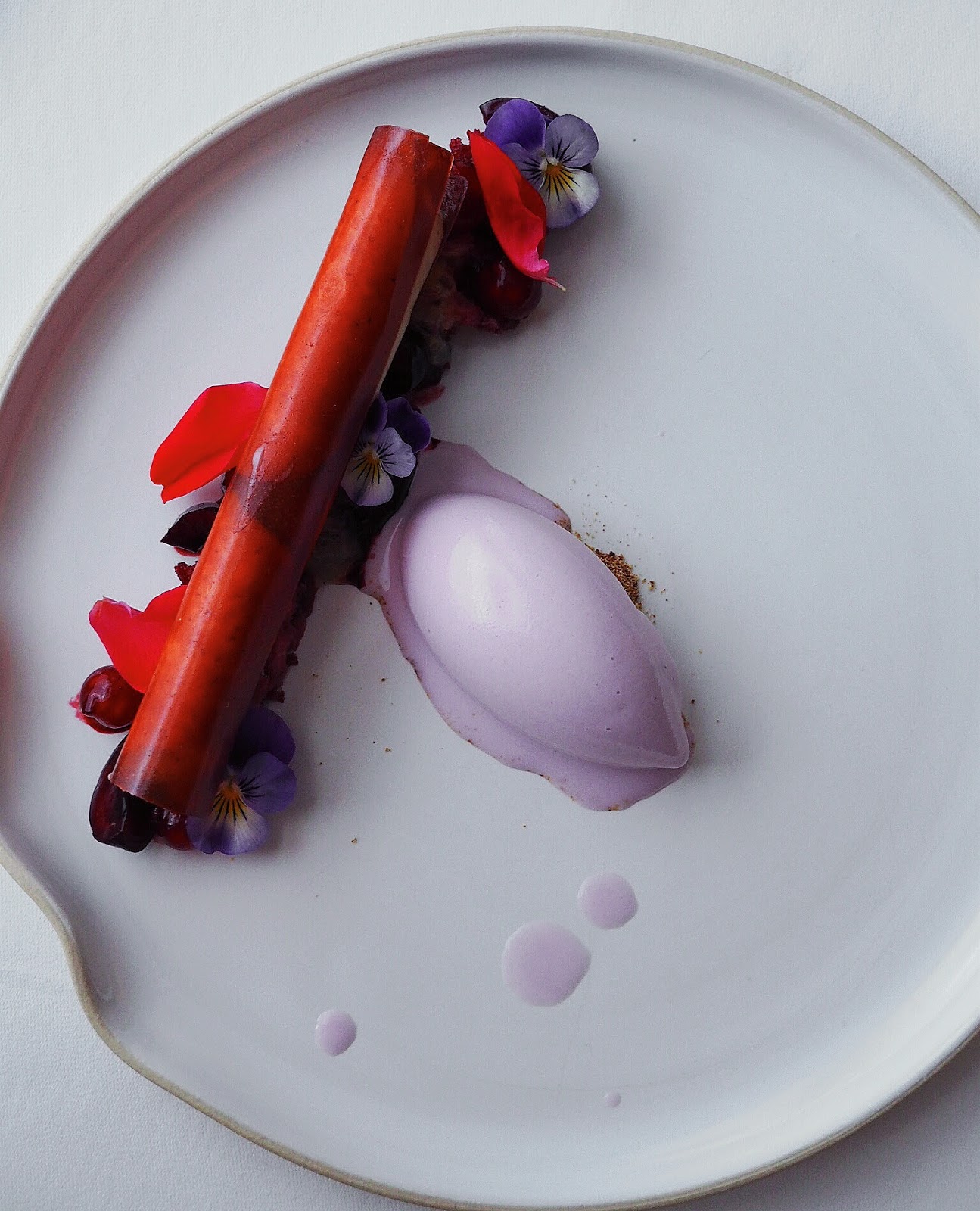 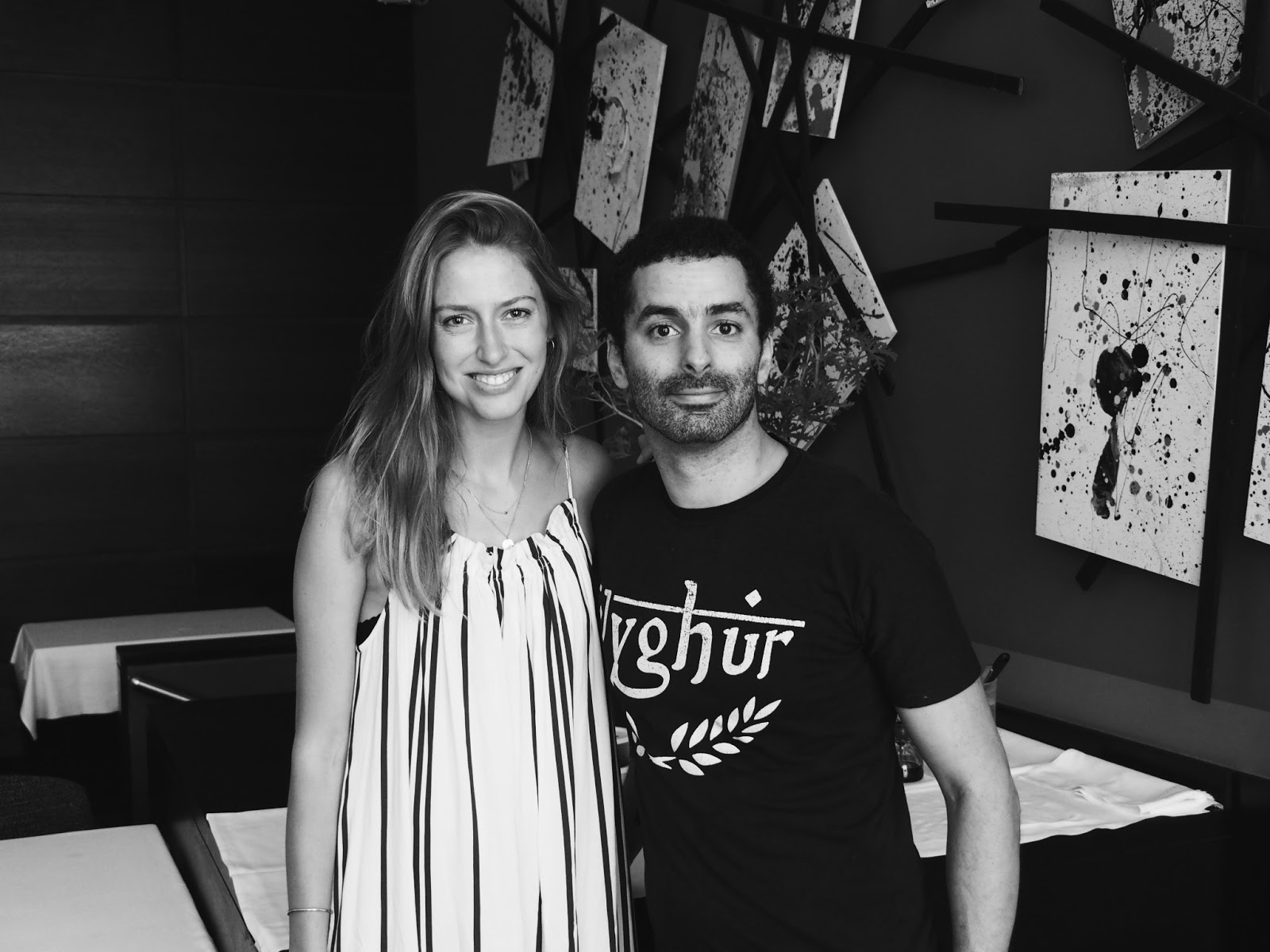 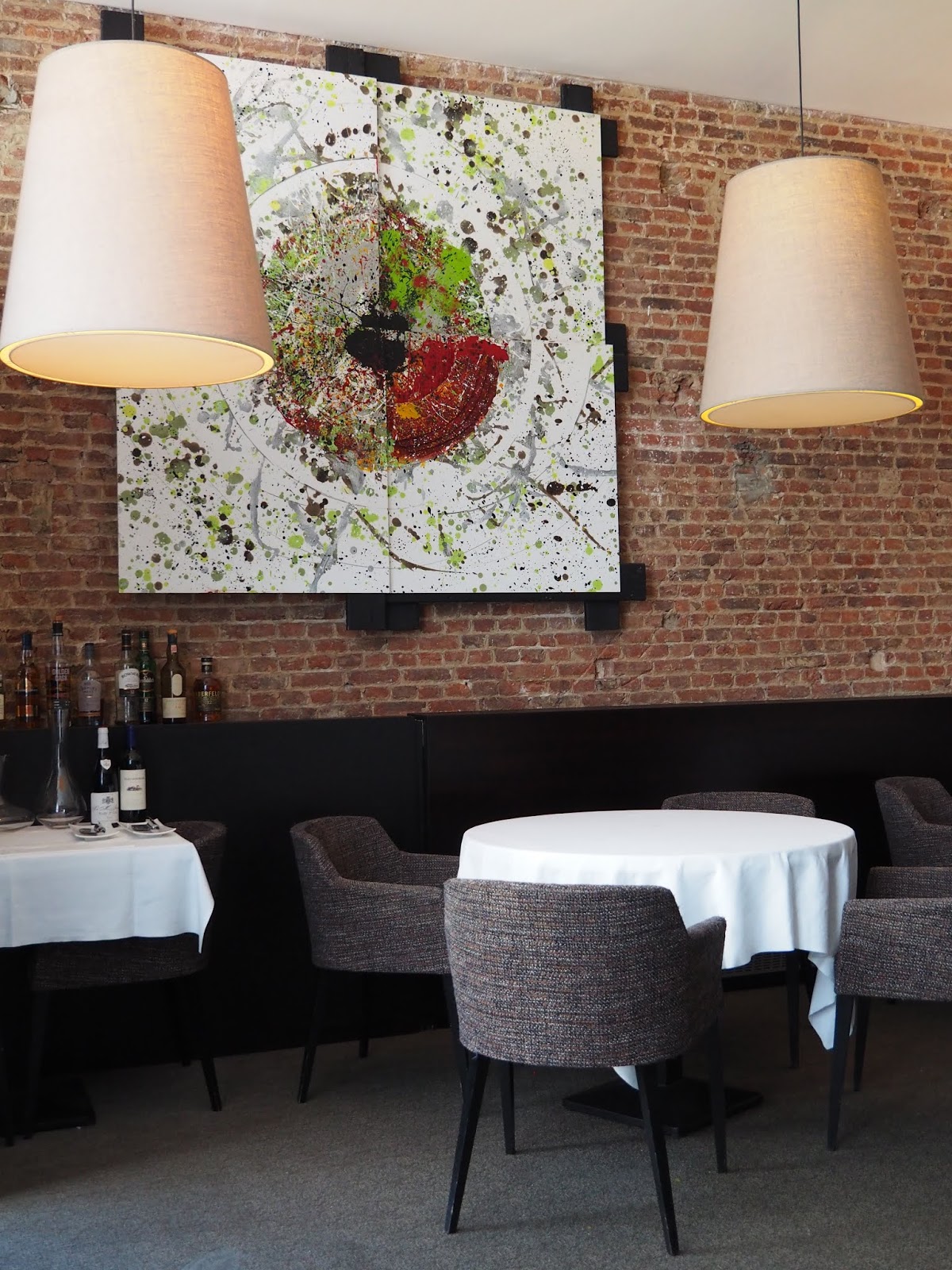